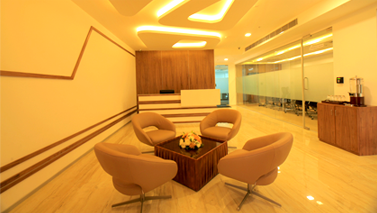 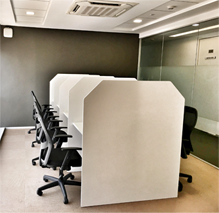 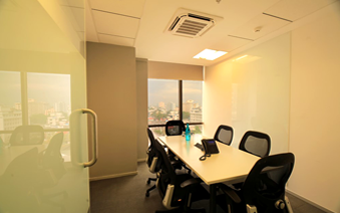 A new working style is growing around the world

Statistics released by IDC indicates that about 1.3 billion people, around the world, are working as mobile workers. Recent news released by the financial review on March 30, 2014 was indeed an eye opener in terms of the kind of working setups that are developing around the world. The National Australia Bank and St George Bank are offering co-working spaces to customers. Though some consider this as a strategic move by the Bank to improve customer relations, this is also indicative of the kind of market that is developing across the world.
India is no exception to this working phenomenon that is crossing the world. With the surge of entrepreneurs budding and buzzing across the country, there is a growing need for working spaces across India. Co-working spaces, which are growing in demand day by day, in cities like Mumbai, Bangalore, Kochi (Cochin), Hyderabad, etc., are proving to be a profitable venture. It is estimated that there are more than 100 such co-working spaces in India.
A simple office at an ideal location, with sleek furniture, with a homely feel is all that is required for that perfect co-working space. People have always also valued the importance of a constant supply of food and high-speed internet at co-working spaces. One important rule of such a setup is to have low operating costs. However, stats indicate that co-working spaces are capturing the market as a whole. This is because, for young entrepreneurs, it provides a business address that can help them hold their heads high among industry giants in Bangalore, Kochi and other cities. A research done by Deskmag.com indicates that flexible working spaces have grown over five times between 2010 -2013.
Such a shared office space not only enables one to start something they dream of, but also helps in building a network, though it comes at a cost; it could be in terms of an annual, monthly or weekly rent, in cities such as Kochi. Such a networking could ultimately enable an individual to increase one’s client base. There are times when one might be the sole employee of a firm, but being surrounded by passionate individuals will surely enliven one’s spirit. Most co-working spaces also organize events that are enriching and helpful in developing a business outlook.
It said that co-working was born out of startup work culture, i.e., for people who have a very flat working structure; it provides a fertile ground for innovation and creativity to budding entrepreneurs. Such an environment not only reduces distraction, which are part of a freelancer or an individual’s work life. The loneliness of working at home is gone and people can find a new vigor in such places. However, certain people believe that co-working movement grew out of a tradition of business centers that were renting their office spaces for accountants, wealth managers, etc., where money was the prime motivation. One thing is certain; the number of people who are being benefited because of such a setup is increasing day by day.